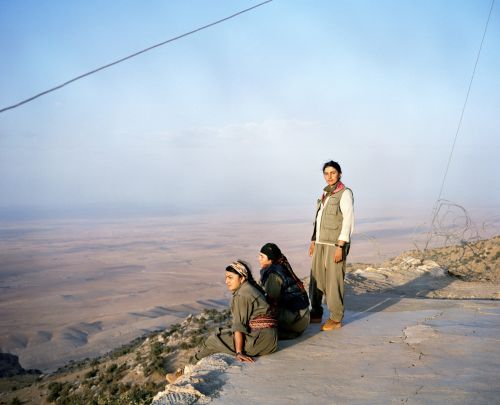 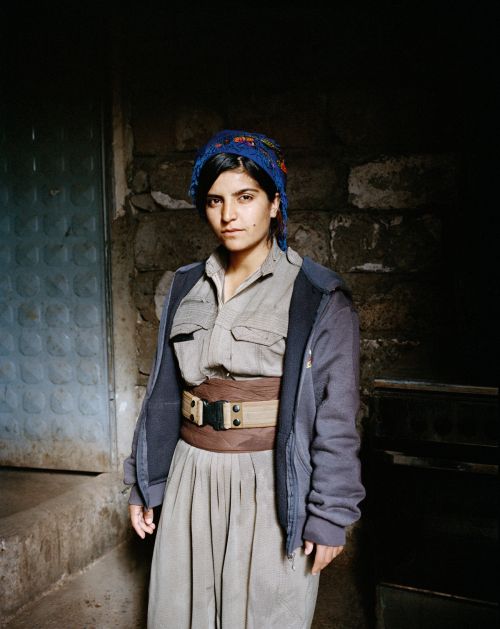 For her series „Jin – Jyan – Azadi“ Women, Life, Freedom, the Damascus born photographer Sonja Hamad documented, since 2015, the female Kurdish freedom fighters of the guerrilla in North Iraq and the YPG People’s Protection Units who went to war against the IS. Her images focus on the struggle of women who fight against the suppression of their people in a patriarchal system dominated by sexism and feudalism.

The focus of her photographic work is a narrative-documentary view. Besides portraits there are landscapes and detail shots in the series. Hamad returned for these to her homeland Syria which she left at the age of three with her parents. Formed by a life in the diaspora, questions about her own identity have occupied her from her childhood and can be seen as a further motivation which inspired her beyond the theme of the series to undertake the dangerous journey into the war zone. The intensity of her work is mirrored in the analog colour photography taken with a medium format camera. They show the people behind the battles on the front line, the beauty of the landscape on the one hand and the dystopian cruelty of the scenes on the other and open up a moment of female gracefulness in the detail shots. In her photographs she creates a different picture of the places and people from that which the news coverage offers with their classical war photography. Her photographs do not deal with the depiction of sensation and misery, but much more give us a feeling for the moment between. Her portraits reveal her sensitivity in her encounter with the fighters.