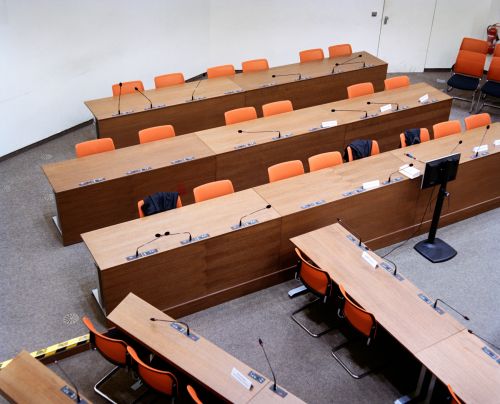 A journey through Germany. The NSU serial murders

"A journey through Germany. The NSU serial murders“ by Paula Markert is an intensive analysis and confrontation with the crimes of the extreme right organisation which was responsible for the murder of 10 persons, numerous attempted murders, bomb attacks and bank robberies between 2000-2007. For two and a half years (Autumn 2014 - Spring 2017) the photographer tried to understand the failure and disinterest of a country and to document her findings. Questions of how in spite of the office for the protection of the constitution this murder series could take place, of the complicity of German authorities through ignorance, cover-ups or negligence were her reference points. With her photographs and selected text fragments, Markert investigates how the public outcry in 2011 and the promises – one remembers Angela Merkel’s words – transform into a vaporised nothing. Also when each photo appears like an objective, neutral observation and documentation, she appeals to the general responsibility, to the responsibility of a country in which the political climate is turning in the wrong direction.