Now You See Me Moria 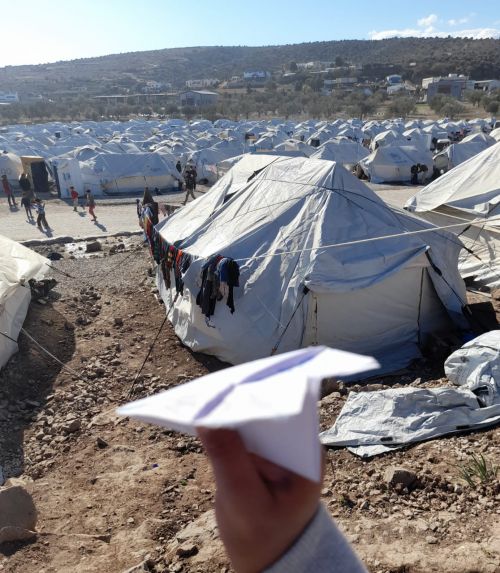 Lack of visibility in the public media and growing despair about the human rights violations in the refugee camp Moria, in the east of the Greek island of Lesbos, led to the founding of “Now You See Me Moria” in 2020 - a joint activist project and collective. This calls for new solutions to the stagnating European refugee policy and gives the local people a voice. The Spanish photographer and picture editor Noemí, who lives in the Netherlands, became aware of Amir’s photos from the camp and networked with the refugee photographer. Together they started the project, in which the photographers Ali and Qutaeba, who are stuck in Moria, are now also involved. “Now You See Me Moria” addresses the public directly from the refugee camp via the Instagram platform. In the form of photographs and written stories from their everyday life, they show the life situation of the refugees and create their own space for representation. “Now You See Me Moria” provides posters for everyone to print out on the website and documents their dissemination in public spaces.