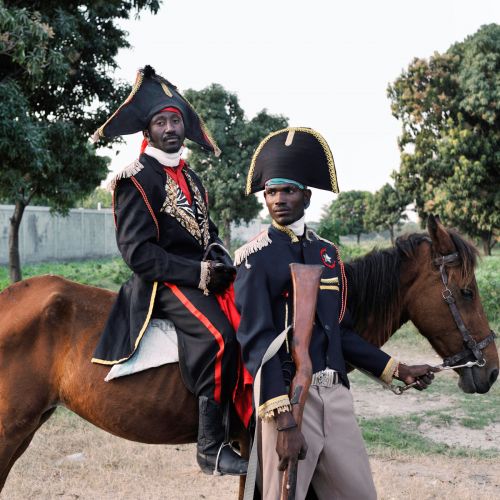 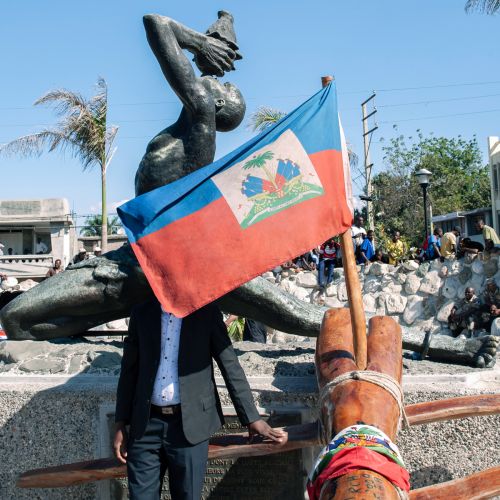 At the beginning of the 19th century the majority of the European nations began to abolish slave-trading. This process was followed in the course of the century by further Non-European Nations. The origin of this human rights success lies in the Haitian Revolution (1784-1804) which resulted in 1804 in the declaration of Independence of the former french colony Saint-Dominique by Jean-Jacques Dessalines and thus the founding of the first free Latin-American state. That century-long exploitation and abuse of millions of people should not fall into collective oblivion is shown by Nicola Lo Calzo in his longterm project CHAM which began in 2010. Worldwide he looked for the still existing remains of colonialism and documented the undeniable impact of slavery on life today. His series AYITI (2012-2013) – a part of the CHAM project – puts the focus on the Caribbean state. With his camera Lo Calzo captures the diversity of a national identity whose uniting element is the revolution and the freedom which was won. The images are impressions of pre-colonial but still lively rituals, portraits of descendants of the revolutionaries or relicts of them. Special attention is paid to the ‘Movement for the Success of the Image of the Independence Heroes’, whose supporters with public appearances, speeches and songs, keep the revolution and their key players island wide in mind and make them come alive again. Their intention is to induce courage in a time of social and political dissatisfaction and to strengthen the collective memory.