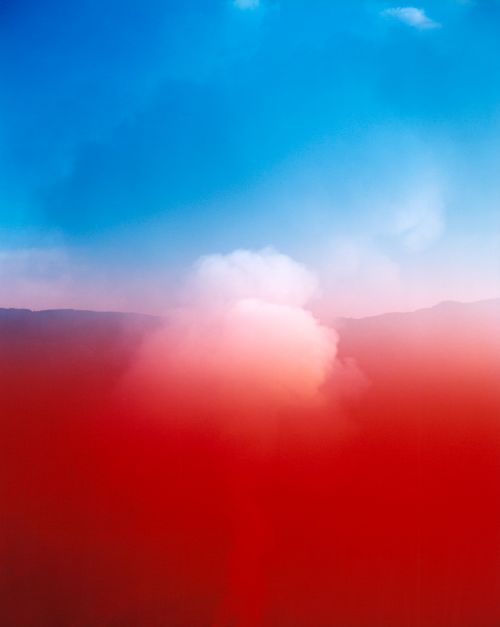 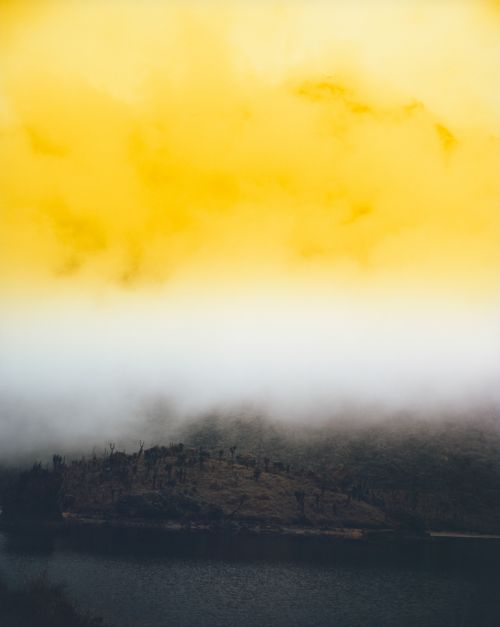 Markus Krottendorfer’s series Mountains of Kong confronts the observer with an illusion or rather the fact of an illusion. This takes place in his images on two levels. The first, which is not immediately obvious, is the content of the image itself. In 2016 the Austrian photographer travelled to Africa to photograph the Kong Mountains which were discovered between 1795-97 by Mungo Park. But this discovery is a pure fabrication. Park’s mountains never existed. Their supposed existence is solely based on scientific argumentation. However, the existence of the Kong Mountains were confirmed for decades, thanks to further travel stories and gullible geographers, and was even included in African cartography. Krottendorfer’s images show us a real mountain range without a doubt. They show the mountain landscape where one suspected the mountains to be. But they have their limits in illuminating a supposed truth. The second level is more evident. The photographer plays with manipulative image processing, in particular with the extremely intensive colour. This surreal intensity of the manipulation underlines on the one hand the visual myth and on the other is a stylistic device of the obvious. In a time of excessive media and flood of images, the truth of the images, especially in the documentary-journalistic area, is a definite necessity. Krottendorfer’s magnificent landscape images show us that the individual is still challenged to question the depicted and its claim to truth.