Twenty years after Saša Kralj photographed the young soldier Rasim during the Bosnian war, he meets him again. 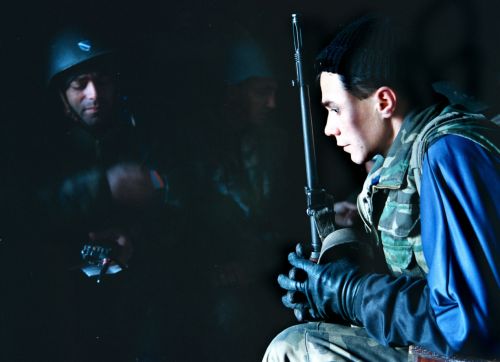 During the Bosnian war the Associated-Press-photographer Saša Kralj (*1965, HR) captured a moment in the life of the young soldier Rasim. For him the image symbolizes an important cut in his own life as well, so, twenty years later, he goes on a search for Rasim. Saša Kralj finds him, presents him with the framed portrait and talks to him about their shared, traumatising phase of life and the events of recent years. Rasim’s story of poverty, unemployment and misfortunes illuminates a personal life that according to Saša Kralj also describes the state of Bosnia and the entire Balkans.